Warning: Parameter 1 to wp_default_styles() expected to be a reference, value given in /homepages/45/d435844064/htdocs/nacsi/wp-includes/plugin.php on line 601

Warning: Parameter 1 to wp_default_scripts() expected to be a reference, value given in /homepages/45/d435844064/htdocs/nacsi/wp-includes/plugin.php on line 601
 Services | Majliska.org 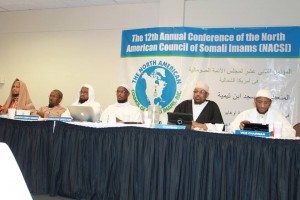 Assisting member centers with setting Da’wah goals and developing guidelines for activities that guide the Muslim community in the light of Qur’an and Sunnah is the foremost principal and the underlying goal of the council. Therefore, the council sets the general guidelines for the methods of effective Da’wah in North America.

The council provides family counseling with extensive workshops and training for the center staff members to effectively serve the Muslim families when conflicts arise. This is an effort to reduce the recent trends of family problems stemming from changing roles and expectations of the two family members mainly spouses.

Providing arbitration services and conflict resolutions for the Muslim Somali community in the United States. The Muslim families, businesses, and individual groups have access to trusted scholars with solid base of Islamic knowledge and thorough understanding of the community to resolve any conflicts and disagreements. The member centers have always sought the opinion of the council in difficult matters and at sometimes transferred the whole contentious issues altogether to the council

Setting up general fatwa hotline for general inquiries about all aspects of the Islamic religion especially with inquiries that require further research and deep understanding of the Islamic jurisprudence.

The council of North American Council of Somali Imams attends all national level meetings and conventions regarding the Muslim and Somali communities in America.

Announcing general Islamic holidays such as Eid-ul-adha, Eid-ul-fitr and the sighting of the moon for both the beginning and the ending of the Holy month of Ramadan. All the member mosques/centers communicate with council for a unified timing of these Islamic holidays.

Organize and execute annual Islamic conferences. The Muslim community in North America is in dire need for enlightenment and intellectual growth which contribute preserving its Islamic identity and heritage. In an effort to meet that need, the North American Council of Somali Imams organizes annual Islamic Conferences that attract thousands of Muslims across the United States. These conferences function as the main get together of the Muslim and Somali Communities of North America. The most popular and highly attended conference is held in Minneapolis, Minnesota which attracts more than five thousand attendees every year.

the Council arranges and assists with fundraising activities for the centers. Due to the late arrival of the Somali Muslim community to America, most of the communities have been in the early stage of establishing mosques and centers, and facilitating and assisting with these fundraising activities is the main services provided by the council. Up to date, more than half of the current members of the council own the buildings they are house in with combined assets of millions of dollars. Every year, the council decides what mosques/centers will be given the permission to hold fundraisings throughout the member centers with prioritization based on need and urgency. The council also appoints professional and well respected fundraisers to assist with the fundraising activities from among the member mosques/Centers.